When I first visited Kampot back in 2016, one of my favourite spots was the Royal Cinema – a colonial-era movie house that had been turned into a community arts space and a vintage shop called Kampothead.

On my most recent visit, I was glad to see the shop is still going strong. I was even more delighted to discover that another of Kampot’s four historic cinemas has been restored – this time to create an eight-room boutique hotel.

7 Makara Cinema (‘7 January’ Cinema, named after Cambodia’s Victory Over Genocide Day) is located on Street 700, near the iconic Durian Roundabout. I remember seeing its crumbling blue and white facade sticking out from a row of shops and restaurants on my first visit to the town. At that time, restorations were just getting underway (you can see a short clip of the demolition works here).

In September 2019, after years of painstaking work, the renovation was finally complete and Hotel Old Cinema welcomed its first guests. It was perfect timing for my visit, so I decided to spend the night and learn a bit more about this Kampot landmark.

By the way… This is not a sponsored post! I paid my own way. If you enjoy this article and you want to stay at Hotel Old Cinema, please consider making a booking using my affiliate link at the end of the page. Thank you!

History of the 7 Makara Cinema

The building is known throughout Kampot as the 7 Makara Cinema, but its history actually dates back much further. It was first built as a Chinese theatre, this being the historically Chinese part of Kampot, and was known as ‘The Gong’.

The Gong specialised in Hong Kong Chinese Kung Fu films, which were screened three times a day. Each of Kampot’s four cinema houses played a different genre of film so as not to compete with each other. From the little evidence the owners could piece together (namely a large wooden beam found where the pool now is), it’s thought that the stage sat at the rear of the building.

Kampot is littered with gorgeous colonial buildings and its not hard to imagine what the theatre must have looked like in its heyday. After the Khmer Rouge period came to a close, the cinema was relaunched as 7 Makara.

I’m not sure when exactly it fell into disrepair, but the last time I saw the building, it was screaming out for some love and care. All things considered, the facade was pretty well preserved, but the interior of the building didn’t fair so well.

The current tenants, French-born Pauline and her team, dedicated several years to restoring the building. They’ve done a tremendous job of preserving its original character while also giving it new life.

The cinema’s Art Deco facade pops in a palette of yellow and turquoise. Original breeze blocks, columns and moulding that you can see in old photos has all been kept and refreshed.

Most of the original ceramic floor tiles were destroyed, but the owners managed to salvage a couple during the renovations. Based on the design they found, they had the whole set repressed at a workshop in Siem Reap. These tiles now line the floors of the entryway and part of the restaurant.

Where the box office and posters advertising the latest show used to be, two little spaces have been carved out. One is a workshop, and the other is a gift boutique.

The interior has been entirely re-built to include a reception area, a restaurant-bar, and a generous pool. Two double-storey voids, one over the pool and another over a leafy central courtyard, flood the space with air and natural light.

The lemon balm colour scheme gives the whole downstairs area a warm glow. The hotel faces onto a main road, but once you’re inside, the traffic noise disappears as birdsong travels down through the two open shafts.

The bones of the hotel are distinctly colonial, but the decorations incorporate elements from all three chapters of the building’s history. The colouring, tiles, and subtle details of the moulding have a classic French feel, mirroring other buildings from the period in Kampot, including the former governor’s mansion (now the Kampot Regional Museum).

Nostalgia for the 60s and 70s – the Sangkum period commonly considered the Golden Age of music and arts in Cambodia – is referenced through retro posters in the rooms. Most design features are Art Deco, harking back to 1950s. Diamond patterns painted onto some of the doors and used in the signage mimic wood inlay. In the bathrooms, whole feature walls are decorated with hand-painted Deco motifs.

There are four rooms on either side of the building making for a total of eight suites, all with a private balcony. I stayed in one of the doubles that overlooks the courtyard.

Inside, the rooms are beautifully decorated with lots of greenery. The highlight of the bedroom is an amazing bedhead that repeats the same Gatsby-esque Deco motifs found downstairs. Because of the shape of the room, there are lots of small windows facing onto each other, which again gives the space lots of natural light.

Bathrooms are spacious, and rooms feature a wardrobe and safe. Coffee, tea, and a glass bottle of water (this is a plastic-free hotel) are also provided.

Breakfast comes included in the nightly rate and is served in the downstairs restaurant. It doesn’t get much better than French pastries served fresh out of the oven with house-made jam and butter, a French press of Rumblefish coffee, roasted up the road at Cafe Espresso, on the side.

The restaurant is open for lunch and dinner as well (drop-ins welcome), and at night, the bar is a popular spot for cocktails. Even if you’re not a guest, you can drop in and pay $6 to use the pool (fee redeemable on food and drinks). I recommend coming in the morning, when the pool catches the sun.

As for reviving the building’s old functionality – the owners have plans to re-open a screening room in the near future.

After walking past one morning, I booked a night at Old Cinema Hotel on the spur of the moment – even though I already had a guesthouse in Kampot organised and paid for! I just couldn’t pass up the opportunity to be so close to history.

The hotel is very comfortable, and the French and Khmer staff are lovely. But it’s the romance of the building’s history that makes Hotel Old Cinema worth staying at in my opinion.

I have a real appreciation and respect for the time and effort the owners have put into the restoration. As a huge believer in the value of heritage, I hope this leads to more buildings of its kind being restored for public use in Kampot and elsewhere in Cambodia. It’s of great value to the local community, and a great experience for anyone visiting Kampot.

Hotel Old Cinema is located at 27, Street 700 (close to the Durian Roundabout towards the river). Doubles start from 66 USD per night.

Since there are only 8 rooms, I recommend booking in advance to avoid disappointment. Check availability and rates on Agoda. 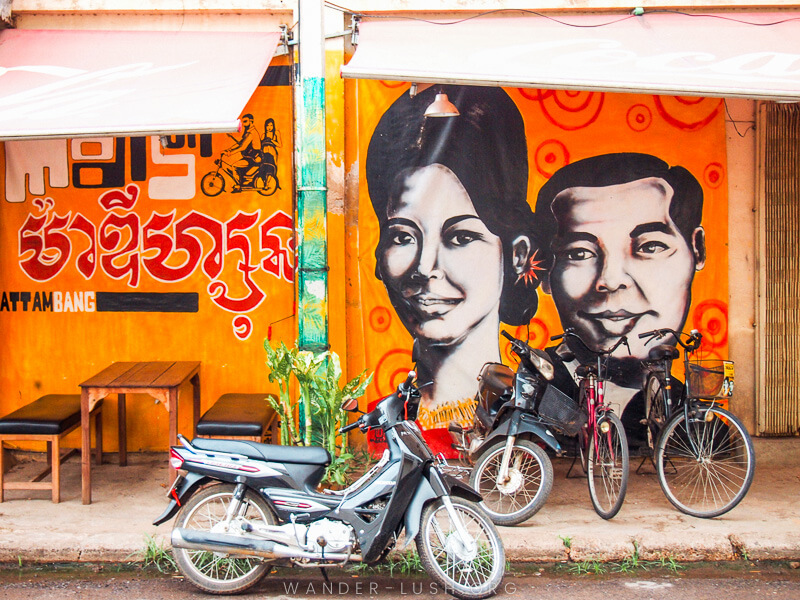 Planning a trip to Battambang? My city guide covers all the best things to do in Battambang – including lesser-known… 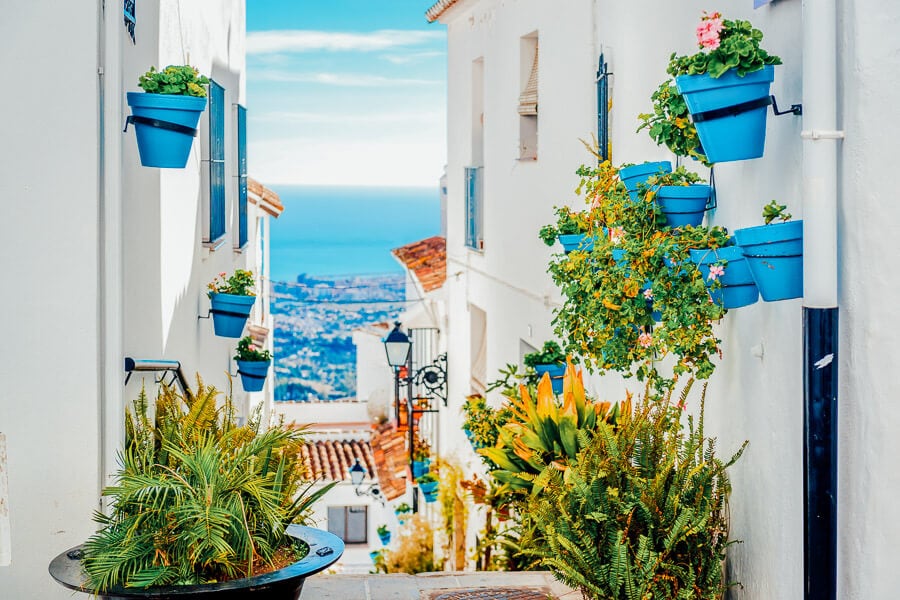 From historic farmhouses to ultra-modern lofts, Spain is awash with cool Airbnbs. Whether you’re looking for a country villa, a… 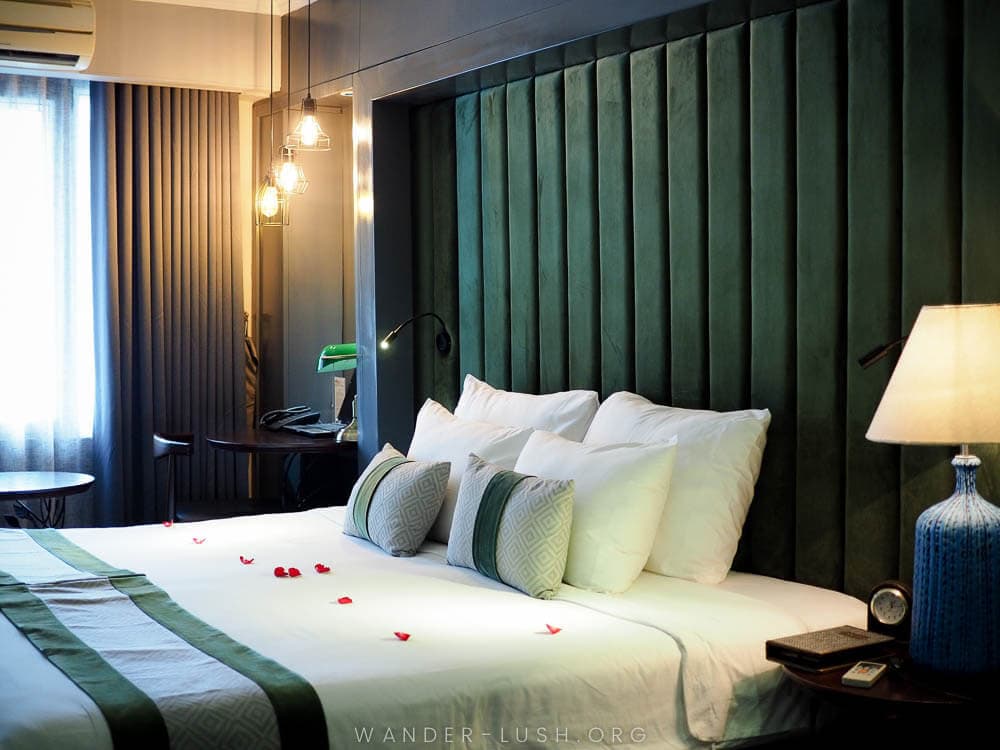 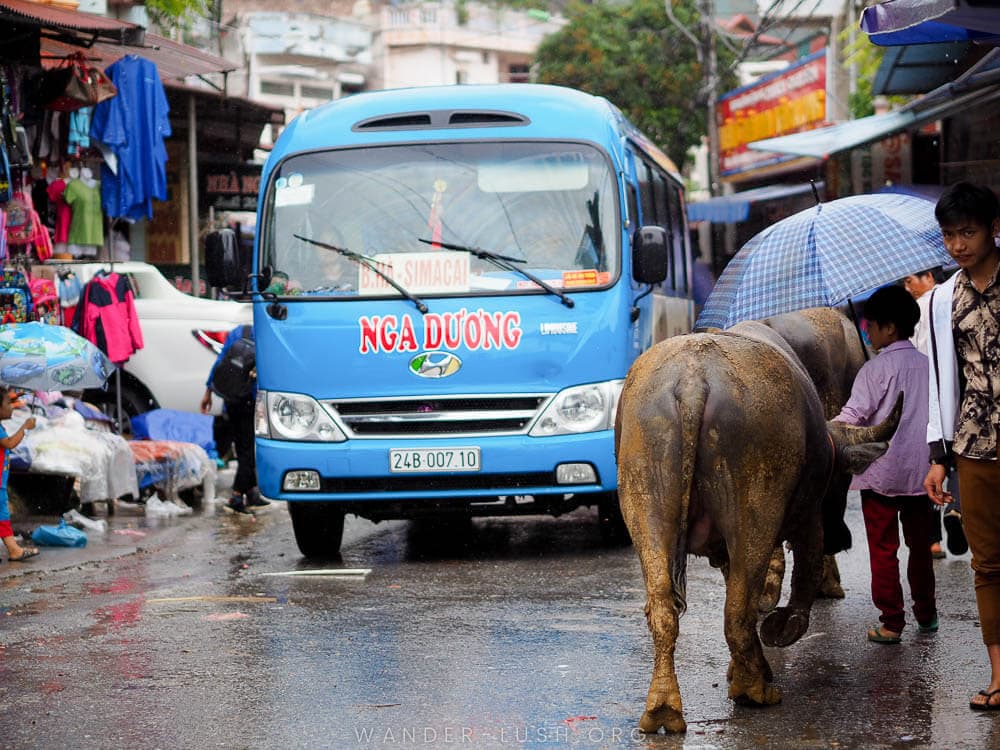 A comprehensive guide to travelling from Hanoi to Sapa by sleeper train, bus, VIP van or taxi. This guide includes… 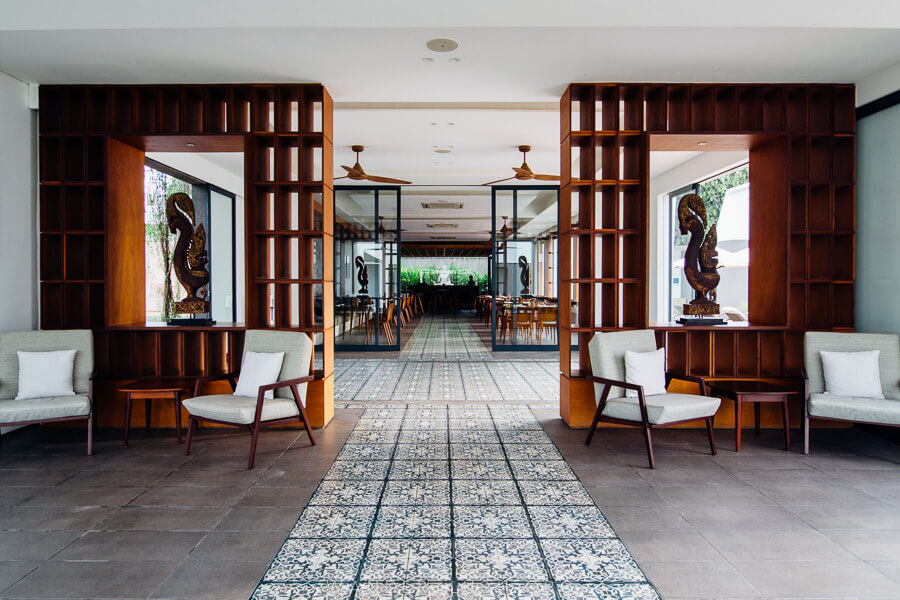 Zen is not a word I typically associate with Phnom Penh. Between the construction noise, the traffic, and the general…