People warned me not to expect too much from Timor-Leste, and now I know why – it’s quite unlike any place I’ve ever been before. The plane that ferries a small handful of passengers between Australia’s top end and Dili each day has to be one of the most expensive flights relative to distance in the world. On my way over, our mid-sized jet barely plateaued long enough between climb and descent for me to balance a shallow bowl of cornflakes and milk on my tray table. This geographical closeness, the half-promise of familiarity, is the most perfect contrast to the complete foreignness of your final destination, Dili.

Landing in Timor’s capital not long after sunrise, the feeling of being in Asia was immediately palpable – This is Asia, and I’m in it – but with a peculiar, tropical twist. Wandering the streets I could pick familiarities with other big cities I’d visited in the region – the same wide streets as Ho Chi Minh, the water views of Vientiane, the sprawling layout of Bangkok.

Dili also has the stifling heat characteristic of those big cities that you must fly into, then get out of as soon as you can. During my first 24 hours in Dili, I experienced the most acute, painful jab of culture shock that I’ve felt in years. But once I got used to the feeling of walking around with a wet blanket over my face, I started to appreciate the small things that draw tourists to Timor and keep a close-knit family of expats living here.

Now at the end of my 2.5 week journey, I have the distinct feeling that I had just experienced a country, a culture, that most outsiders will never come into contact with. Here are a few highlights from my short time spent in Timor-Leste.

In Dili, the beach is inescapable. A perfectly proportioned ribbon of tri-coloured coastline – golden sands, crystal shallows and deep, indigo blue – is visible from just about anywhere in the city, coaxing you to forget all the warnings about hungry crocodiles and just jump in. From the balconies of cafes on Beach Road, I spent afternoons watching the tiny heads of Timorese children splash and float in the ocean only a few metres from where I was sitting.

When Dili’s heat became too oppressive, I decided to make a beeline for the water and cool off with a day trip to Atauro Island, 25km north of the mainland.

There are a few options for getting out to Atauro, the cheapest being a local ferry that runs twice daily. New to Timor, I decided to take the easy option and booked a day snorkelling trip through Compass Charters. This was easily organised in advance by email.

The journey started at 7.30am with a rather rough speed boat ride lasting about 1.5 hours. Once at Atauro, I relaxed with coffee and a snack on the verandah of Barry’s Eco-Lodge, a beautiful resort on the beach. With two other Australian tourists and our Spanish guide, Mati, I spent an hour or so flicking through books on tropical fish and discussing what we could expect to see ‘out there in the ocean’. Our first trip onto the reef was thrilling.

The boat took us a few hundred metres out, stopping momentarily to collect a raggedy, deck-hopping Australian who had sailed his boat all the way from Geelong and was now stuck here due to bad weather.

Once in position, the five of us shuffled into the water. The tide was extremely low, so we hovered only centimetres above a never-ending blanket of coral reef, relaxing and letting the tide lead us north along the coastline. I could have stayed floating there forever.

We saw all the colours and textures of coral that make Timor’s reefs among the best in the world – all supporting a life force of marine biodiversity: countless fish, starfish, crabs, eels, rays, and more. After an hour or so, the boat scooped us up and delivered us back to Barry’s for a light, delicious lunch.

When the tide had risen again we approached our second snorkel on foot, awkwardly wobbling backwards into the ocean in our fins. Around the end of the pier, we swam on the cusp of the reef and ‘the blue’. It was amazing to see the coral shelf drop off into complete oblivion, the over-sized shadows of mysterious fish dancing on the edge of dark and light.

When I pushed my head above the surface to clear my mask, some Timorese men had started a huge fire right on the beach. I’ll always remember the sweet smell of burning palm mixed with the salty sea, bobbing up and down at will between two different universes: one on fire, the other one smooth, cool, blue and infinite.

My next ocean encounter came a few weekends later when my adoptive household took a day trip to Com. Ten of us piled into two vehicles for the bumpy drive north to the coast then east along the top of Lautem District. When we arrived, the women immediately scrambled for the shallow part of the sea, paddling and floating in our giant bathtub. Swaddled in damp towels, we walked along the water’s edge, beach combing at the shoreline.

One of our travel companions, a Cuban doctor, busied himself by throwing boomerang sticks at the big tree from which the hammock was now strung, bringing down a shower of brown beans. I ate the stringy, sour tamarind with my fingers, throwing the crumbled pods over my shoulder into the undergrowth. We saw engorged caterpillars the colour of a fluorescent marker pen, picked oddly shaped shells off the beach and watched as dozens of miniscule crabs – all of them carrying their coffins on their backs – nibbled on our crumbs. There was not another person, nor a crocodile, in sight.

For lunch, we charred frozen chickens over an open fire, everyone amazed at the makeshift rotisserie the men had managed to rig up from conveniently shaped tree branches that fit together like a puzzle. We seasoned the meat by dunking it in the ocean then rubbing it with the packet of dried Italian herbs someone remembered had been sitting in the back of the car since Dili – quite an exotic moment for a Brazilian bird. Once cooked through, the chickens were dissected on plastic plates with an army knife and portioned out with salad, bread rolls, grilled vegetables, sliced fruit and a freshly baked cake.

Drunk on food, shandies and salty air, the others napped on woven picnic blankets while I looked out to the sea. I listened as they woke up, one by one, and discussed the nature of their dreams.

As my fortnight in Timor started to draw to a close, I was upset with myself for not being more proactive in searching out weaving co-ops. I had poured over traditional Timorese weaving on the internet before I arrived, but I hadn’t seen a single tais in the flesh yet. That is until I set foot inside Koperativa Lo’ud’s office in Lospalos – an informal space carved out of the front of a residential home. I was invited there by special invitation, although the NGO’s tiny, modest headquarters is also open to the public and passers by, if you know where to look.

Sitting inside their office on a Wednesday morning, I perched myself on a long leather couch and sipped strong coffee mixed with white sugar. My new friend Gabby, a volunteer from Melbourne, translated between English and Tetun as I tried to communicate with two of Lo’ud’s senior Timorese staff. I suppose they sensed my interest in their work despite the language barrier; before I knew it, the women were modelling a series of wearable tais for me in the traditional wedding style of the area, posing beneath a palm tree for my camera.

Next I was led into the dimly lit showroom at the front of the house, bordered with tables and decorated with stacks of carefully folded cloths on three sides of the room. I examined brilliant colours of ikat, tapestry weaving and embroidery, completely overwhelmed and silently coveting more than a few of the cloths I carefully handled.

Unlike other co-ops I’ve visited in Southeast Asia, Lo’ud’s Lospalos branch is not centralised – every member works from her home, weaving both cloths for personal use and for selling through the co-op’s retailers. So to see some of the women in action, we had to travel by car to several nearby houses. I felt beyond privileged to enter three women’s homes and watch as they practiced back-strap weaving, natural dyeing and cotton spinning. After hearing the story of how the co-op started – and seeing the beautiful cloths being made firsthand – I decided that this was the only place I would do any souvenir shopping. I added to my growing textile collection with five tais of different styles, traditionally woven and traded for a fair price with their makers.

From Lautem’s awkwardly stilted sacred houses to graveyards dotted with pastel-coloured headstones and stacked buffalo sculls, seeing elements of real Timorese culture may not have been possible if I hadn’t left Dili to explore the outer districts. Travelling by road was a harrowing experience at times, but it really is the best way to experience Timor’s landscape.

Passing through pockets of different peoples, cultures, languages, one thing that unites the Timorese is the fact that everyone’s day-to-day existence is still interwoven with conflict, violence and poverty. A deep sense of loss, anxiety and fragility lurks just below the surface here; a surface that I barely scratched in the space of two weeks. I am left with the impression that Timorese national identity is still shaky and so must be constantly reasserted, which is perhaps why some people grasp onto their culture so strongly.

I covered a lot of ground on my trip to Timor in January 2015, but there are some parts of Timor that I didn’t get to see, including Mount Ramelau, the coffee-growing districts, the mountains of the south and Oecusse, the mysterious, cloistered wedge of Timorese territory that sits snugly inside Indonesia, accessible only by chartered plane or boat. I look forward to re-visiting Timor in the future and seeing where the ongoing struggle between identity, independence and industry leads this tiny, fiercely beautiful nation.

Have you been to Timor-Leste? What were your highlights? 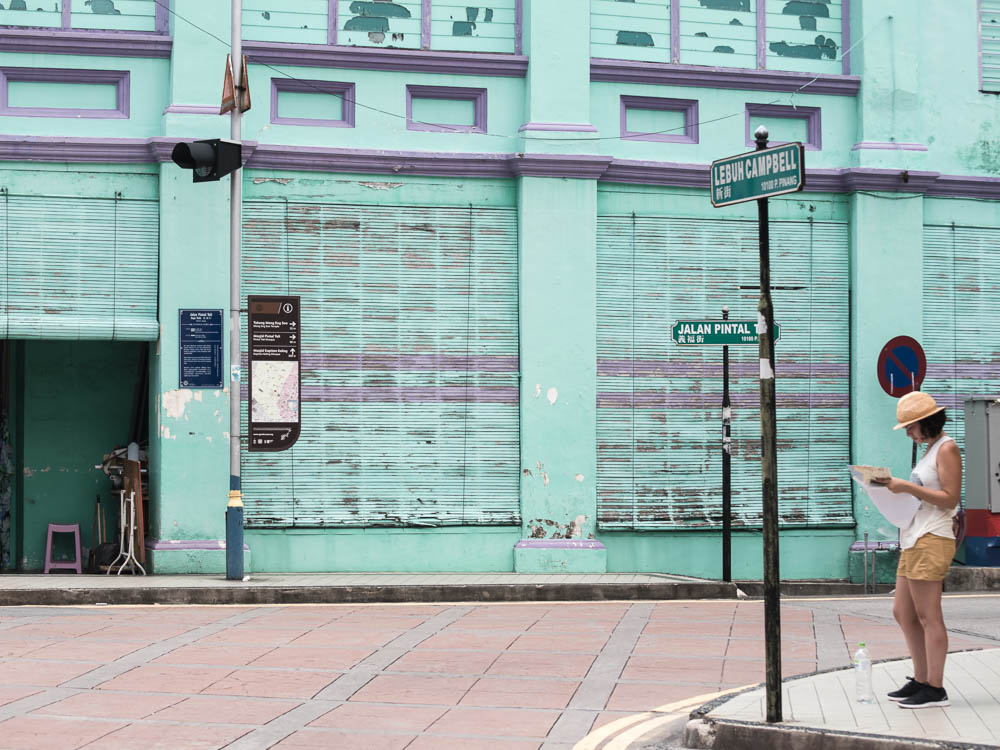 Make your next KL stopover a success. 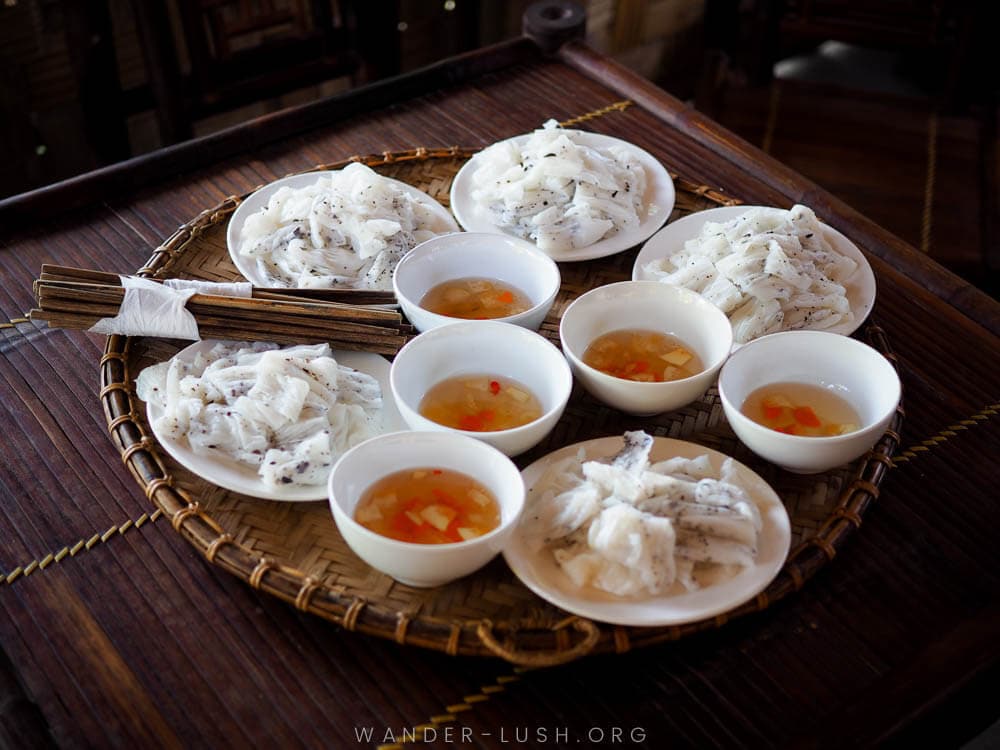 Plus everything you need to know for a smooth stay—from booking, to communicating with your host. 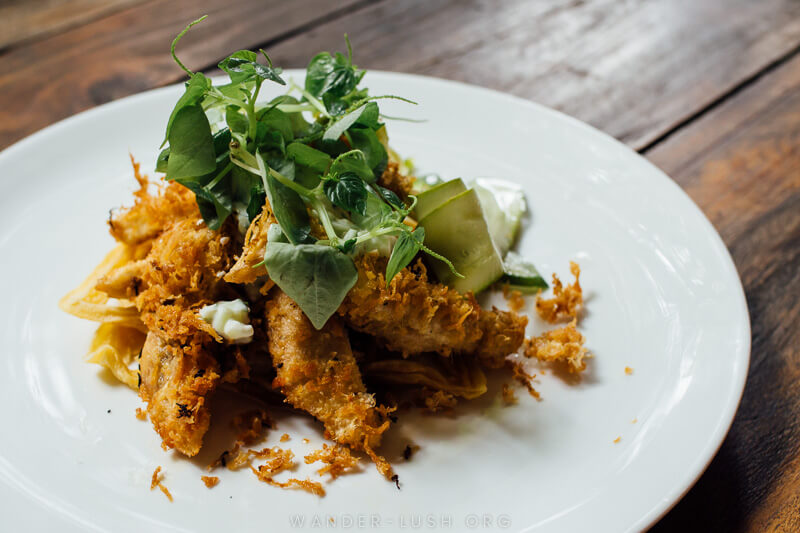 No matter how you like to start your day, Phnom Penh has a breakfast option for everyone. From typical Cambodian… 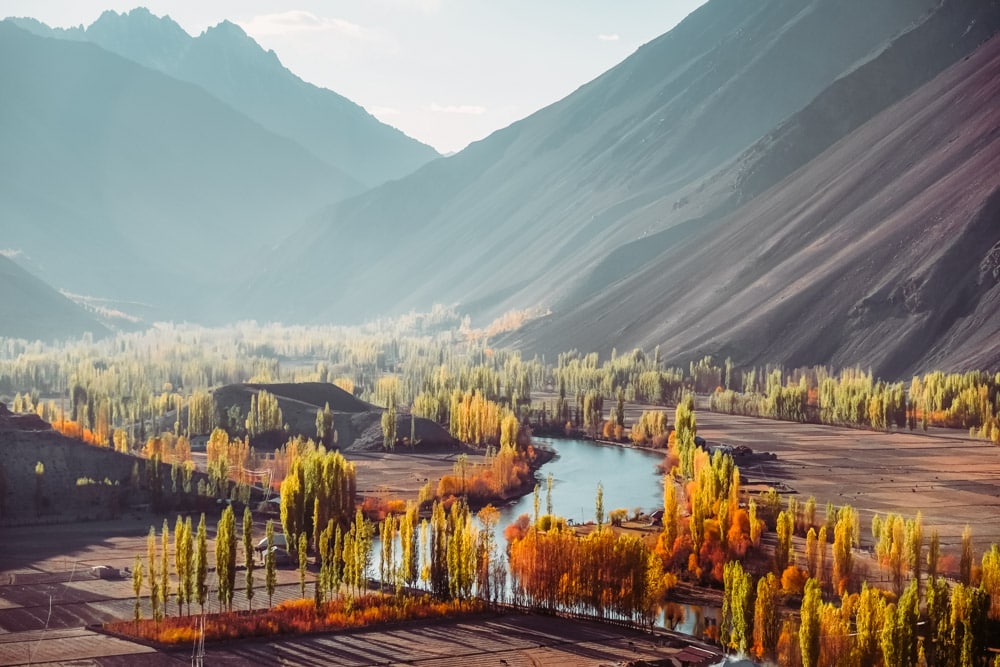 It’s hard to imagine a more magnificent landscape than the rugged peaks, hidden villages and wind-swept plains of Pakistan. Here… 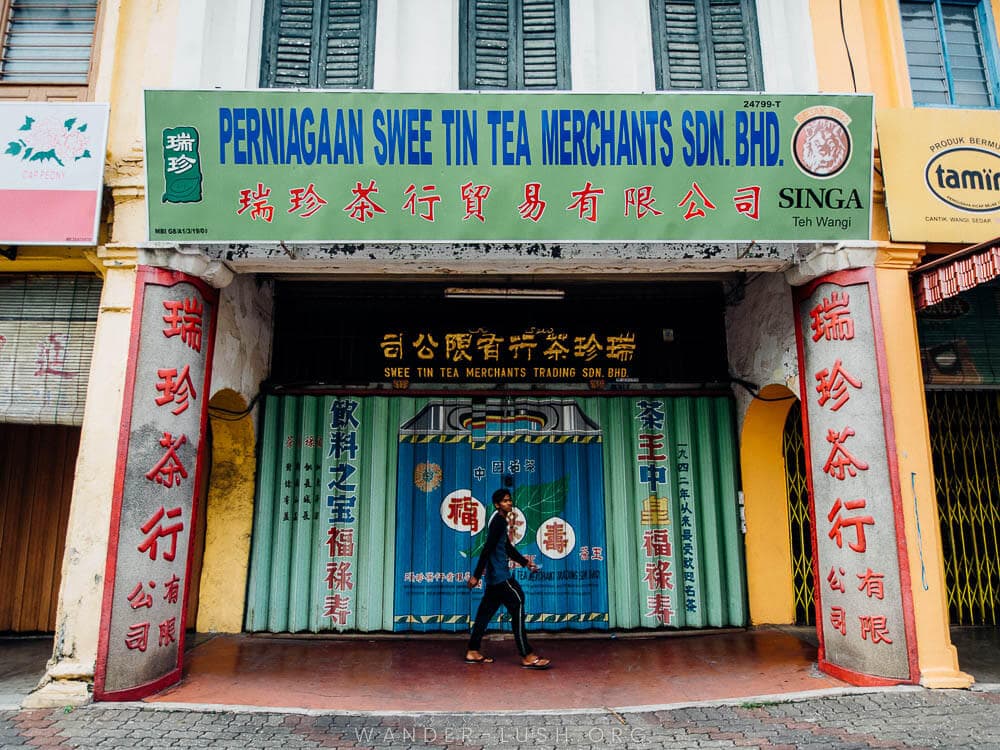 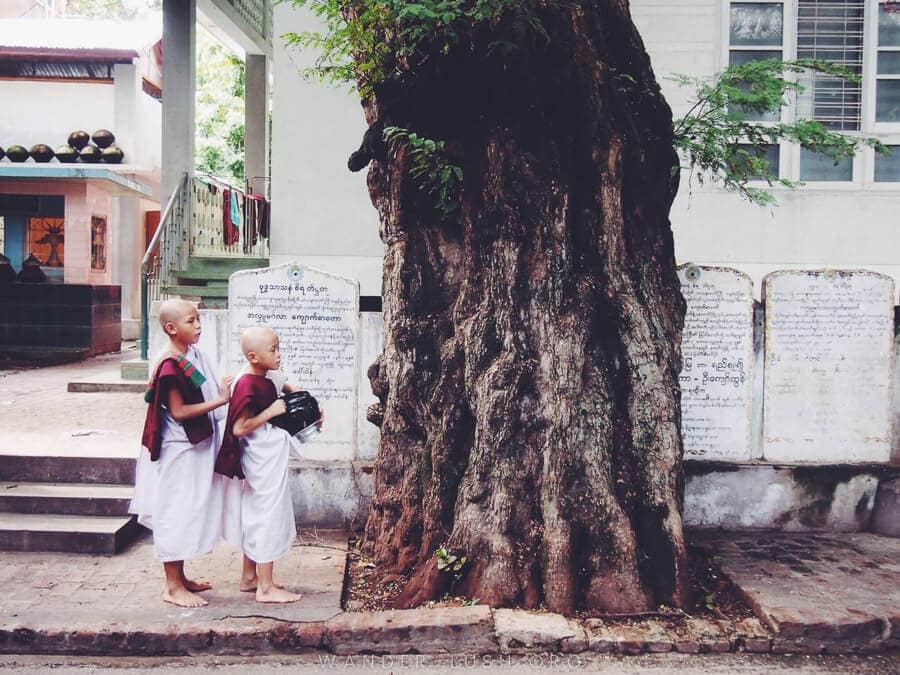 Mandalay – the name alone conjures exotic visions of Kipling’s Far East. But as with so many romanticised Southeast Asian…