The Land of Eagles

From the Albanian Alps to the Albanian Riviera, it seems the best way to wrap your head around a country that was off-limits to outsiders for so long is by drawing comparisons. In reality, there’s no place on earth quite like Albania.

Small in stature but lofty in every other sense, this country offers a perfect balance between culture and adventure. A trip to Albania might take you from the soaring peaks of the Accursed Mountains then plunge you into one of the country’s iconic Blue Eye water springs before you land a spot under a beach umbrella – or perhaps a seat at an outdoor cafe in Tirana, the capital city.

From Mother Teresa to Enver Hoxha and General Skanderbeg riding in on his steed, the history of Albania is complicated and fraught. This country owns its past while moving forward with great momentum – you only need look to Tirana, where nuclear bunkers have been transformed into museums and galleries – to see that. From the language to the costume and the delicious cuisine, Albania is distinct from its Balkan neighbours.

Albania loves a good epithet. There’s UNESCO-Listed Berat, the City of a Thousand Windows, Gjirokaster, the City of Stone, and the City of Serenades, Korca, near the border with Greece. Old bazaars, Ottoman aqueducts, Roman ruins and colossal castles (there are more than 158 fortresses around the country) all hold vigil over Albania’s historic cities.

Three slow-paced weeks travelling around Albania was enough to seal the deal: This is one of my favourite countries in the Balkans.

How long in Albania?

Allow 1-2 full days for Tirana; approx. 7 days for the highlights; 2-3 weeks to see everything.

Fly into Tirana; ferry from Bari to Durres/Corfu to Saranda; drive/bus from any neighbouring country.

Visa-free (90 days) for most passports or eVisa/VOA.

Hire a car; use intercity buses and ‘furgon’ vans.

Discover all the best things to do in Albania with my latest travel guides. 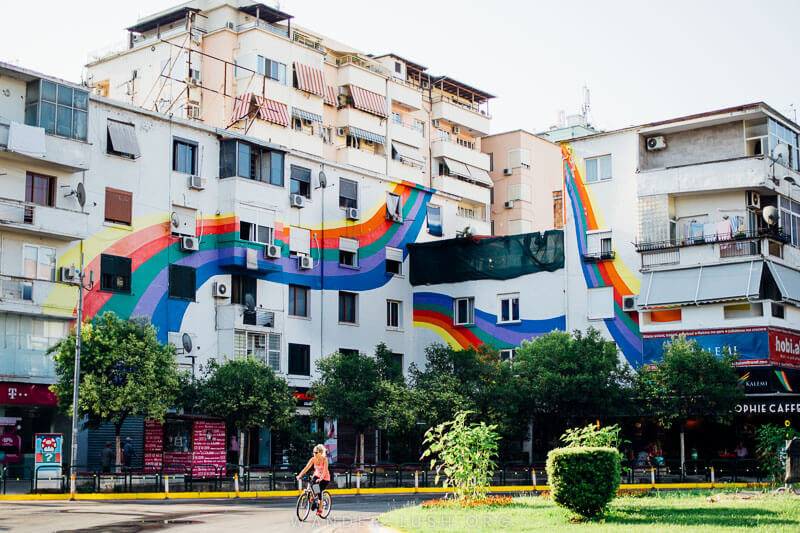 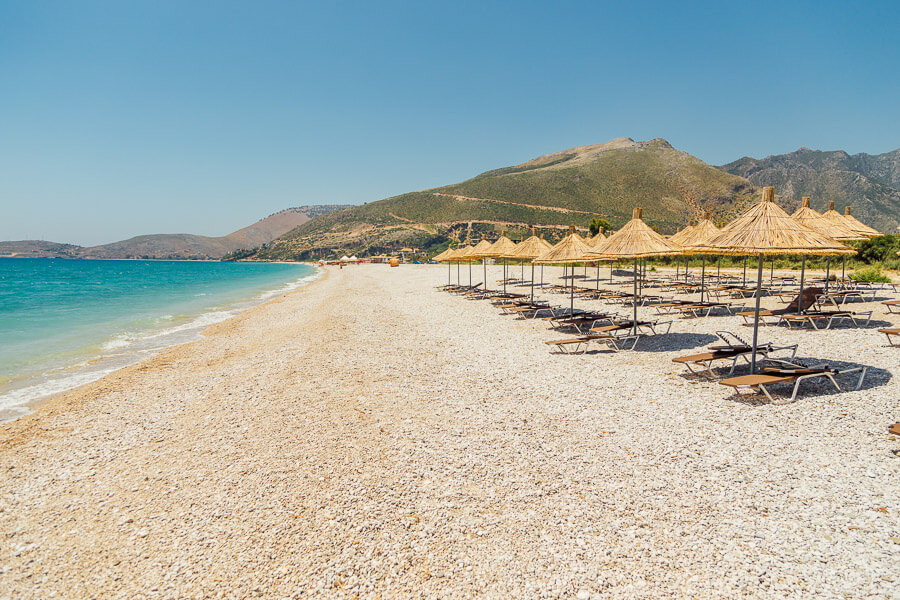 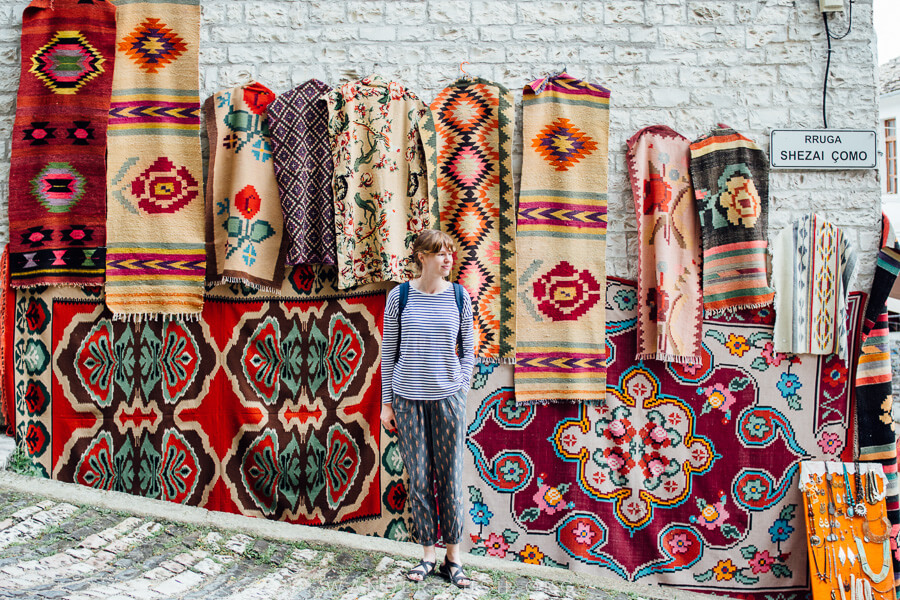 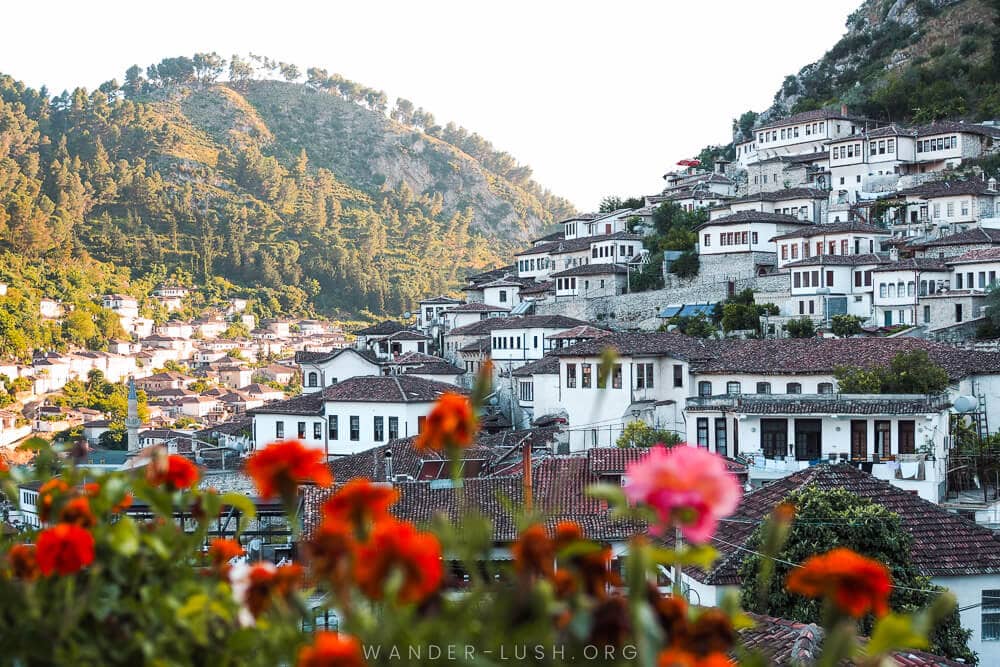 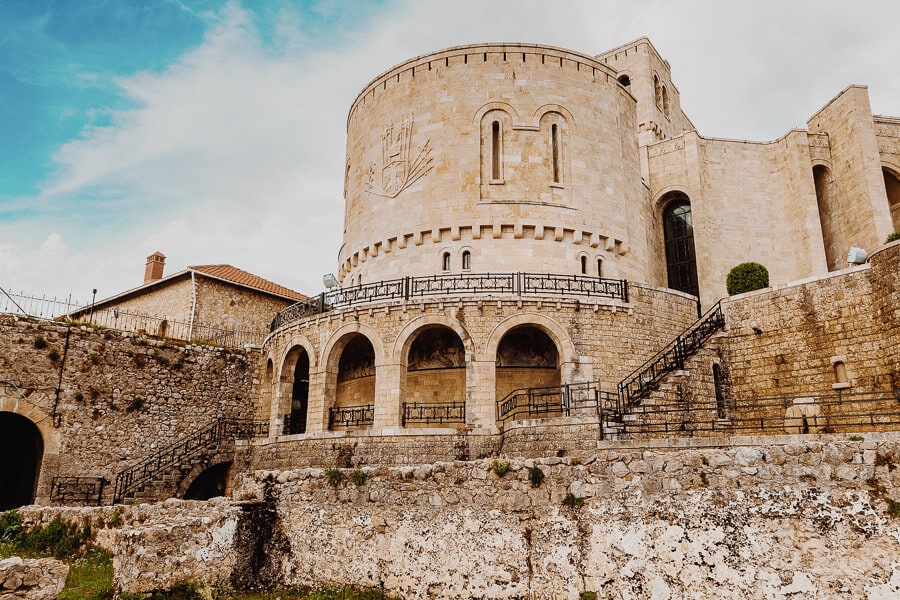 Valbona to Theth in the Albanian Alps.

Taking a Xhiro (evening stroll) on any main street.

A handwoven carpet from the bazaar in Gjirokaster.

Back to the Balkans
Go to the Blog
Newsletter sign up