Travel to the heart of Uzbekistan and Central Asia’s Silk Road heritage. Here are 6 wonderful things to do in Samarkand, Bukhara, Khiva and beyond if you want to experience Uzbekistan culture.

About the author: Jiayi Wang, the writer and photographer behind The Diary of a Nomad, is here to share her Uzbekistan tips.

At the heart of the Silk Road in Central Asia lies Uzbekistan, a double-landlocked country filled with jaw-dropping architecture and historic sites.

Ornate with ancient madrasas and majestic minarets, it’s no wonder this country is counted among the dreamiest places on earth. Beyond the photo opportunities, Uzbekistan offers a myriad of cultural experiences for travellers looking to immerse themselves in local customs.

Uzbekistan’s unique culture was formed over thousands of years. During the Silk Road, the ancient city of Samarkand became a melting pot of cultures from all over the world as it was captured by Turks, Greeks, Russians, Persians, Chinese, and Mongols, to name a few. Each of them marked the country with their own religion and philosophies, leaving influences that are still palpable to this day.

In fact, everything from traditional Uzbek music to costume and cuisine reflect the multicultural legacy left by rulers from back in the day.

How to experience Uzbekistan culture: 6 unforgettable things to do

Here are some of the most spectacular ways to enjoy local culture in Uzbekistan, ranging from musical performances to traditional cuisine.

1. Get a history lesson at the UNESCO sites

Some of the most remarkable places to visit in Uzbekistan are the cities of Samarkand, Bukhara and Khiva. All three are a part of UNESCO World Heritage. Walking amongst the ancient monuments, it feels as if you’re inside an open-air museum.

Samarkand’s history dates back over two-and-a-half-thousand years. The city was founded in the 7th century BC as ancient Afrasiab, and later destroyed by Genghis Khan in the 13th century. Today, you can still see archeological ruins (including a large mosque) from that period in the northeast part of the city.

Much of the Islamic architecture around the city today – the most notable sites being the madrasahs in Registan, the necropolis of Shah-i-Zinda, and Bibi-Khanym Mosque – were influenced by the Timurids. One can easily spend hours in each of those places admiring the intricate details of the tiles.

The stunning Gur-e-Amir mausoleum is also home to the tomb of Amir Timur, founder of the Timurid Empire and the national hero of Uzbekistan (there are statues of him all over the country).

After exploring the historical monuments of Samarkand, tons more await in Bukhara. When Arabs invaded Uzbekistan in the 8th century, Bukhara became a learning centre for Muslims as well as the religious and cultural heart of Central Asia. It nurtured the poets, philosophers, and scientists who became the Shakespeares and Newtons of the Islamic world.

The Islamic architecture in this city is also astounding. The famous Kalyan Minaret was so impressive that Genghis Khan decided to spare it while his troops destroyed everything around it. Today, you can see this magnificent structure for yourself and basque in its history.

Lastly, a visit to Uzbekistan would not be complete without spending at least a day in the open-air museum town of Khiva, which also resembles a sandcastle city. Aside from exploring the different palaces and mosques that give you a glimpse into how kings and townspeople used to live back in the day, you can also visit a well sitting in a courtyard inside the Old Town.

This well is said to be the reason Khiva was founded in the first place, as caravans crossing the desert made this town a resting hub once they discovered water here.

Uzbek food is absolutely delicious and an essential part of the local culture.

To begin with, there’s the traditional bread, tandir non, which holds a special place in Uzbek cuisine. This bread is round, flat, and pressed down in the middle. It’s served with every meal, fresh out of the oven – and you can even learn how to make it yourself in some food markets.

Another staple of Uzbek cuisine is plov, a rice dish usually cooked in broth with mutton, carrots, apricots, raisins and spices. You can see this dish on almost every menu in the country, but the most authentic place to indulge in plov is a restaurant called Plov Center in Tashkent. Here, the atmosphere is cosy and lively, and it’s also a great place to meet locals.

To taste the influence Chinese traders had on Uzbekistan during the Silk Road days, try lagman, a soup made of noodles, potatoes, carrots and meat.

Other must-try dishes include shurpa, a soup with vegetables and mutton; somsa, a pastry with meat inside; manti, dumplings stuffed with meat or pumpkin; kazan kabob, the Uzbek version of kebab; sashlik, skewers of meat; and shivit oshi, a specialty of Khiva consisting of green noodles, dill, meat and sour cream.

As you can tell, meat is a large part of Uzbek cuisine. Mutton is especially common due to the abundance of sheep in the country. However, there are definitely restaurants that offer vegetarian options too. Some of the best are Bibikhanum Hotel Restaurant in Samarkand, Terrassa Cafe in Khiva, and Chasmai-Mirob Restaurant in Bukhara. All three of these places also offer incredibly scenic views.

There are many restaurants and cafes around the country that offer authentic settings. In Samarkand’s Bibikhanum Teahouse, for example, guests sit cross-legged on beds with padded quilts, and food is served on a low table placed in the middle of the bed. There are also beautiful decorations all around the tables and walls, making the experience even more special.

Even more notable is the fact that there’s a genre of music called Shashmaqam, which is unique to Uzbekistan and Tajikistan. It’s even included on UNESCO’s list of Masterpieces of Oral and Intangible Cultural Heritage of Mankind!

A typical Shashmaqam performance involves the use of the traditional dutar (a two-stringed lute), gijak (a four-stringed bowed spike fiddle), tanbur (a long-necked string instrument), and doira (a drum).

Today, there are various Shashmaqam schools across Uzbekistan and Tajikistan, but to get an introductory glimpse into this musical genre, visitors can enjoy a spectacular Shashmaqam performance every evening at Registan Square in Samarkand.

Against the stunning backdrop of illuminated madrasah tiles, a group of musicians, singers, and dancers dressed in traditional attire showcase the rhythm and style of this tradition.

Some of their performances also depict scenes from a typical Uzbek wedding. The audience gets to enjoy local snacks while seated in the courtyard of the madrasah.

You can also enjoy similar performances in other places across Uzbekistan, such as Lyabi-Hauz and the Ark fortress in Bukhara, and on the streets of Itchan Kala (the old town) in Khiva.

4. Shop for traditional suzani textiles at the local bazaars

A suzani is a hand-embroidered cotton textile that originated from the nomadic tribes in Uzbekistan and other Central Asian countries. Its name was derived from the Persian word suzan, which means needle.

It’s believed that in the 15th century, suzanis were used as prayer mats, bed sheets, and protective wrapping panels for objects inside yurts (nomadic tents used in Central Asia). They were also traditionally made by brides and their mothers as part of their dowries and presented to grooms on their wedding days.

The textiles were symbols of health, fertility and luck, and they represented the idea of two families coming together.

Today, you can find suzanis with all kinds of designs across the many bazaars and local stores in Uzbekistan. They’re sold as tablecloths, pillow cases, bed sheets and more, and make great souvenirs to take home.

Some of the best places to find them are inside the vendor shops in Registan, Samarkand, inside the souvenir shops of Abdulaziz-Khan Madrasah in Bukhara, and inside the various bazaars of Khiva’s Old Town (they’re hard to miss!).

Silk Road Tea House is a family-owned restaurant located in the heart of Bukhara, and it’s a place not to be missed if you want to learn more about tea culture and the spices traded on the Silk Road.

Although the venue opened in 2004, the owner of the business and his ancestors have been trading spices and making tea for over 600 years. The spices would be brought in from Iran, Saudi Arabia and India via the Silk Road then incorporated into their tea.

Today, there are samples of the herbs and spices they use near the entrance of the restaurant, and you can buy some to take home with you as well. The owner can also give you ideas on how to blend them perfectly with food.

The restaurant itself is very cosy and welcoming; a great representation of true Bukharian hospitality. Some of the highlights of the menu are the Silk Road Confection sweets and the Spices and Herbs tea.

The latter is uniquely blended by the owner himself and contains cinnamon, oregano, cloves, mint, cardamom, star anise and bergamo. The tea is deemed to be a great cure for stomach aches and good for the kidneys. You can buy some tea to take home with you as well!

6. Learn about woodcarving and handicrafts in Khiva

The city of Khiva has a longstanding tradition of woodwork and handicrafts. Wandering around town, it’s easy to spot the carved pillars and doors of madrasahs, palaces and houses, all of which date back to ancient times.

There are also many other forms of handicrafts that flourished in Khiva back in the day, including throwing ceramic vessels, fur-coat sewing, hat-making, leather working, shipbuilding, and stone carving. In fact, most people who lived in Khiva were craftsmen selling their wares, and they typically spent many years mastering their craft. Many of them also rented their workshops, which belonged to feudal rulers.

Walking around Khiva today, you can see locals making handicrafts inside small rooms hidden in different alleys and madrasas. Much of their art, including wooden boxes, silk rugs and copper plates, is also sold in local markets all over town.

Many craftsmen welcome tourists in to take a look at their process. Please ask for their permission if you’re unsure whether you can watch, and please always check with them before taking videos and photos. Some of the best woodcarving workshops to visit are inside the Khojash Magram Madrasa. 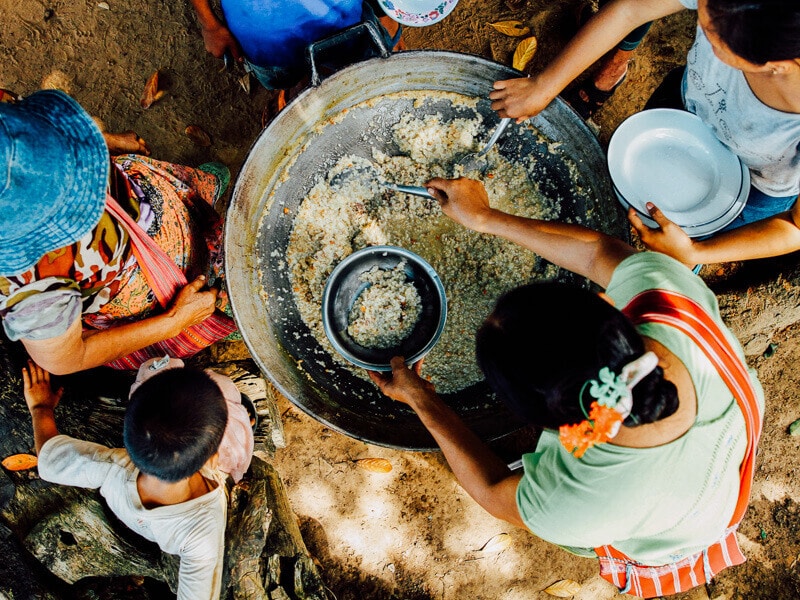 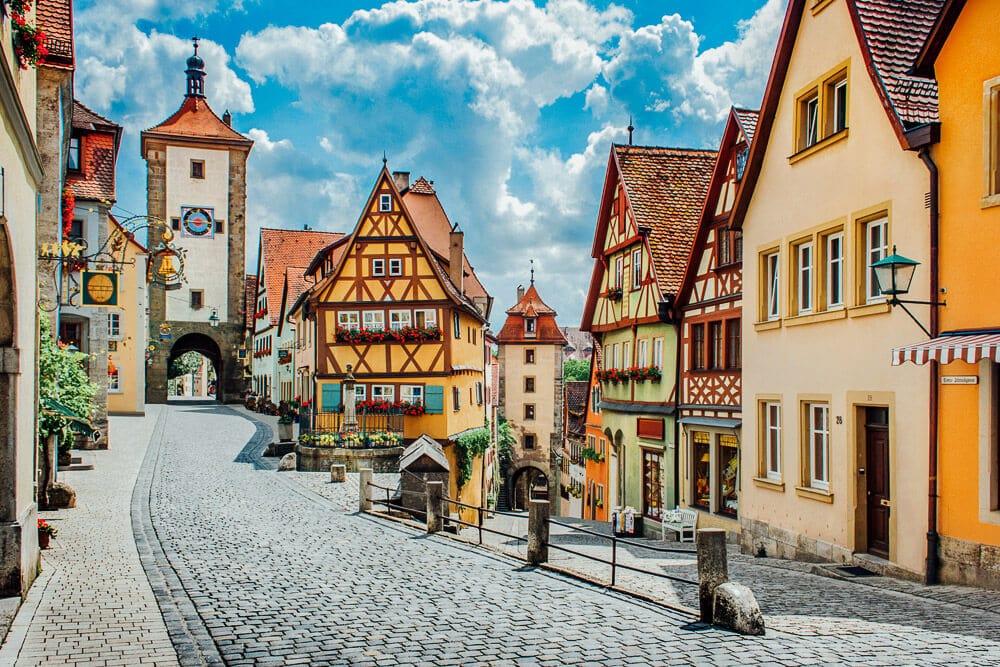 From food and festivals to wood-carving and Saunahaus, here are 7 wonderful ways to experience local culture when you visit… 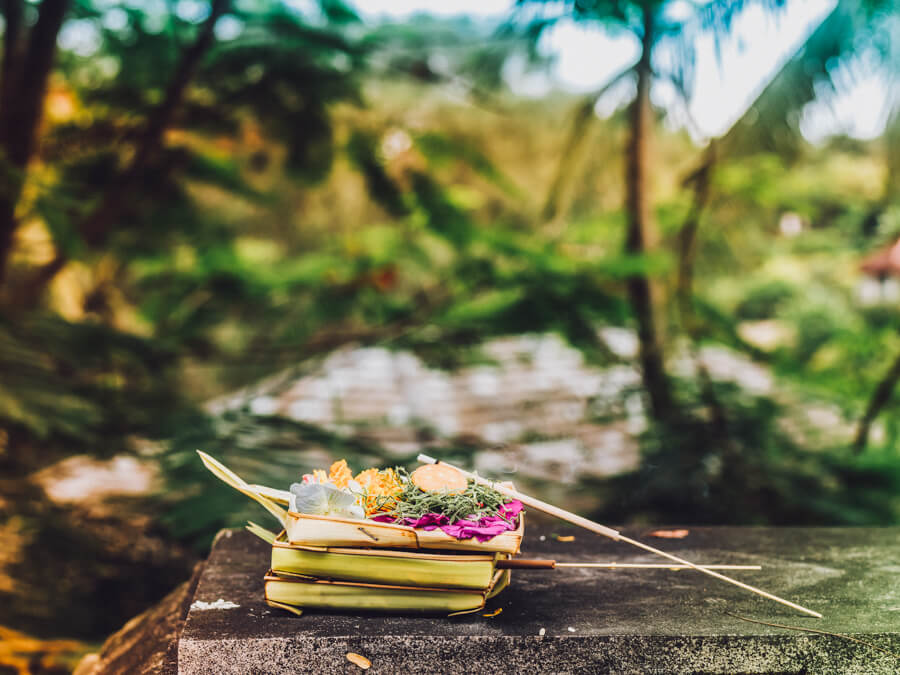 Part One in the series looks at fascinating cultural traditions around the world – from Bali to Mexico, Finland to Ethiopia. 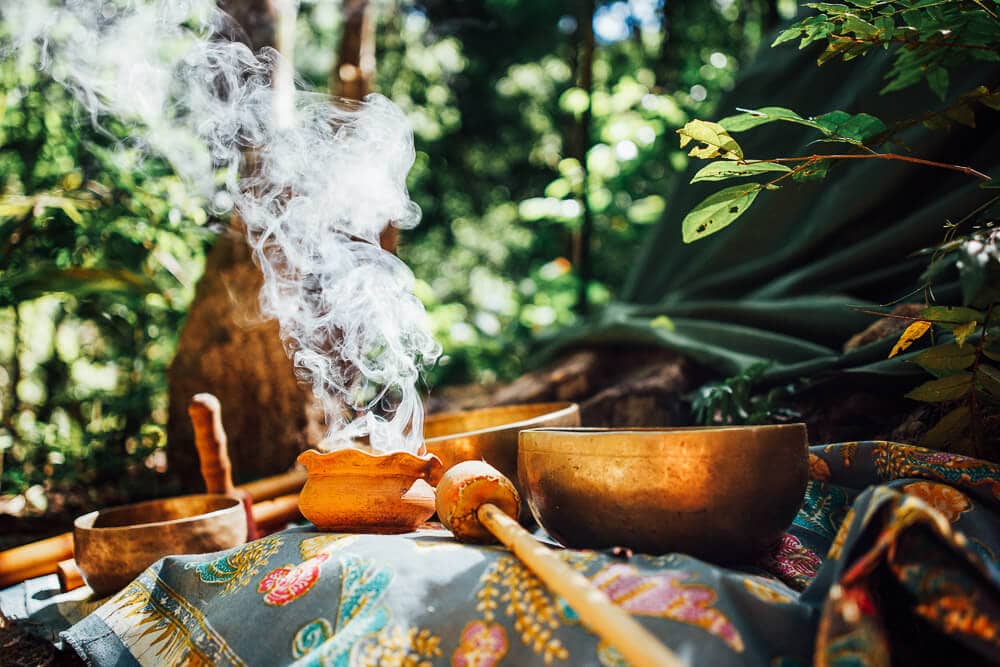 Immerse yourself in Mayan traditions and history. Here are 6 unforgettable ways to experience Yucatan culture when you visit Southeastern… 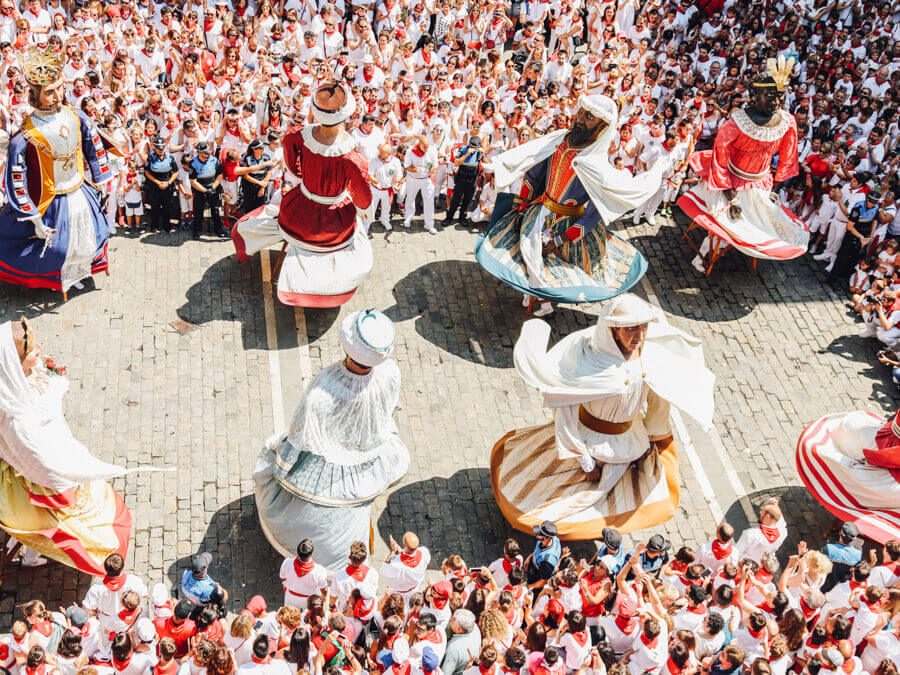 Part Two in the series looks at rituals and ceremonies around the world – from Benin to Iran, Chile to Armenia. 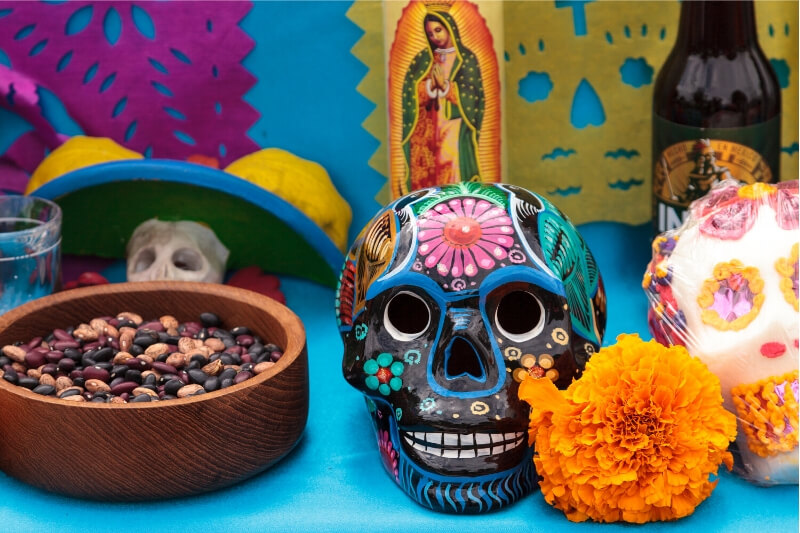